This series is based on the Assyrian king's Ashurnasirpal I reliefs that are on display at the Metropolitan Museum of Art NYC. These reliefs were lining the palace rooms of the king and the figures that depicted him and his protectors were written over with a cuneiform text. After researching these texts I took the sentences that were repeated in the reliefs over and over throughout the palace. A canon to the mights and conquests as well as his building the new palace. 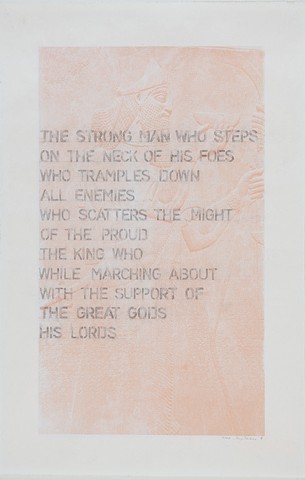 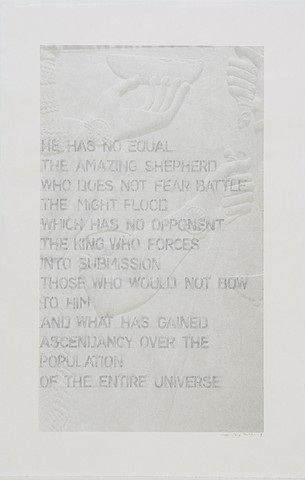 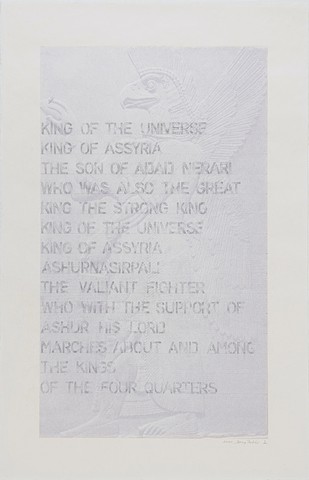